With the cost of higher education soaring today, people are eager to make every dollar count when they choose a school. In other words, if they are going to pay a lot of money for a school then they want to make sure that it is a good university. It would be a waste to send your child to an expensive school that was not going to give him or her a great education and look good on a resume as well.

The following schools are widely considered to be the best in the nation. They cover a wide spectrum, including big and small student bodies and diverse focuses in their available fields of study. They are not listed in any particular order. 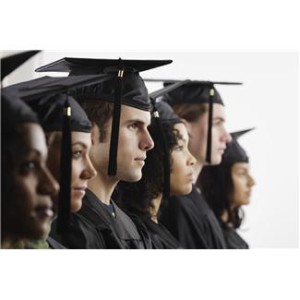 The Top US Universities

This is one of the smaller schools but people who are wise in the ways of higher education know that bigger does not necessarily mean better. This liberal arts school is home to just over 4,000 students.

It is the smallest of all the school in the co-called Ivy League, sitting amidst the New England splendor of Hanover, New Hampshire. Tuition is $45,000 per year.

• The University of Pennsylvania

Not to be mistaken with Penn State, this is the University founded centuries ago by Benjamin Franklin. Less than 10,000 students call this university home.

Many of their graduate and undergraduate programs are ranked highly every year. However, their business program is world renowned. Also in the Ivy League, yearly tuition for this school is around $44,000.

Far away from the Ivy League air of New England is this very selective university. Around 7,000 students attend the campus each year. The acceptance rate for applicant sis allegedly less than 20%.

If you are interested in advanced degrees, this may be the best location to get a head start. Duke forms a triangle with the University of North Carolina and NC state which contains more PhDs and master degrees than anywhere else. Tuition costs $44,000 per year.

Way out in sunny California sits another very selective and very famous college. The Cardinal accepts less than 10% of applicants and they are understandably eager to come.

Many people want the Ivy League atmosphere without the New England climate. It is also a famous research school with excellent teachers. About 7,000 students attend this school. Tuition runs between $41,000 and $42,000 per year.

• The Massachusetts Institute of Technology (MIT)

MIT is a prestigious school for science and engineering back in New England. It is smaller compared to many of the other schools, containing just over 4,000 undergrads at any given time. They each pay $42,000 per year to attend the school unless they are funded by scholarships.

If you want to be one of the just 6,000 undergrads that attend this school you will have to pay the $47,000 yearly tuition. However, it may be worth the money to give you or your child the perfect surroundings for a flowering mind.

There are actually well over 20,000 students at the school but most of them are at the graduate level. Columbia is a world-famous research institution. As an added bonus, it is located in Manhattan and gives the students easy access to New York City.

One of the country’s oldest and most respected schools, Yale serves just over 5,000 undergrads each year. They pay approximately $42,000 for the honor to attend this prestigious school. It offers degrees in the usual range of studies but is particularly famous for law. The school maintains a ratio of five students for every instructor.

This school is not as expensive as many of the others but, in many people’s opinions, it rivals only a couple of others for the top spot among the nation’s schools. In a town of just 30,000 people, the 500-acre campus is a haven of higher education for the 5,000 undergrads that attend the school.

Though it is physically large, the atmosphere remains intimate with just an additional two or three thousand graduate students on campus. Yearly tuition is just $38,000.

This famous school is also the oldest in the United States. Less than 7,000 graduate students pay about $40,000 a year to attend classes at this school. It is near many other Ivy League schools because it sits in Cambridge, Massachusetts. Many professors are famous around the world for their erudition and their published work.

If you have your sights set on higher education, you cannot set them much higher than this list. These schools may not make an exhaustive list but they are, without a doubt, the cream of the educational crop in the US.

Finding the best offers for you